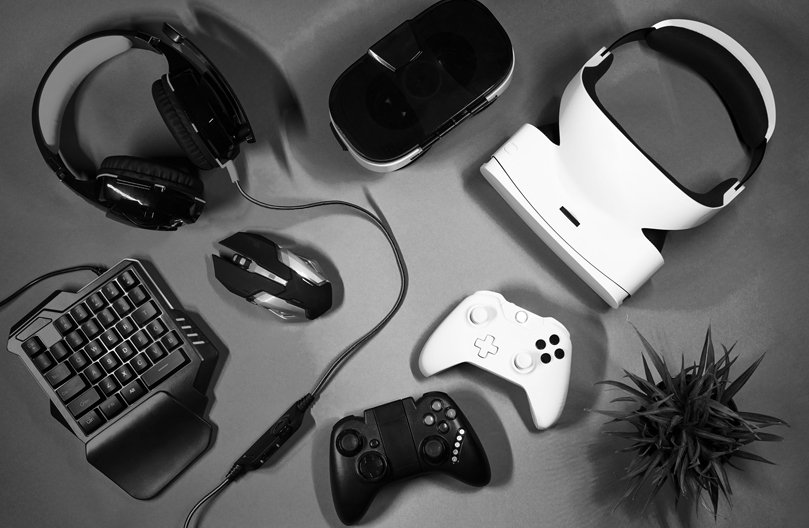 The Game Developers Conference (GDC) is less than a month away, so we asked our resident video game experts, Gilberto Williams-Gamboa, Senior Account Manager, and Rahat Rashid, Senior Media Strategy Manager, to share what trends they expect to discuss at GDC, what they learned from the GDC’s 2020 State of the Game Industry Report, and what they are most excited about.

What Gaming Trends Should We See in 2020?

Gilberto: The other “Mobile Gaming”. You would imagine that this would be the year of Next-Gen, and I’m not saying it isn’t, but there are still several conversations happening around cloud gaming – or streaming – and mobility. Many had doubts about Apple and Google as they threw their name in the gaming hat with Apple Arcade and Google Stadia, but Arcade’s success has definitely shown that there is a space for big-budget games in devices outside of consoles and PCs. And although Stadia might be behind, it is still in the race – with Samsung and Xbox also joining. At GDC, expect more conversations about the evolution of mobility in gaming and how the big players, in both gaming and tech, will continue to join in.

Rahat: I’m immersed in AR/VR. While it might be too soon to say AR/VR has finally become mainstream, it has enough momentum that we can no longer ignore its presence. We are seeing continued commitments from major players – Apple experimenting with AR and Valve’s planned launch of a VR-exclusive Half-Life game, just to name a few. While we have yet to hear how AR/VR will play with next-gen consoles, I think it’s safe to say they will not be omitted from the lineup – especially when the PlayStation VR headset already boasts over 500 titles in its game portfolio, and has proven to be a major success for Sony.

What Stood Out to You in the ‘State of the Game Industry’ Report?

Rahat: What Do We Want? More! When Do We Want It? Now! GDC’s latest report shows that nearly half of the game makers in our industry are still working over 40 hours a week, and it seems to be right in line with what we saw last year. While 40 percent of GDC’s study respondents note that the amount of time they work is not considered excessive, I think it’s time that the industry moves forward to take steps in having developers and other companies accountable. Unionization has been a major hot topic since last year’s conference, but there is a bit more confidence now that they’re getting closer to making it happen. Sure, industry “crunch” seems to be a norm, but let’s take a better look on how they can manage it and ensure we are doing the very best for the folks that make sure people like me keep gaming. I look forward to seeing the conversations that come out from this year’s show.

Gilberto: More Diversity. The topic of diversity in gaming will be one in trend for years to come as the industry, and its outputs, catch up to match the number of women, LGBTQ members, and other minorities reflected in current society. It is nice to see that the percentage of those who report themselves as members of one of these categories has risen, but I am not surprised at the rate. Women in game development has slowly risen to 21 percent from 19 percent in 2019, and 17 in 2018. Additionally, there is still over a quarter of studios that do not invest in diversity an inclusion effort. Hopefully, those studios see the section in the report that shows that three-quarters of those that do implement efforts show moderately successful results – with 30 percent reporting very or extremely successful results.

What Are You Looking Forward To @GDC2020?

Rahat: I have always led or supported GDC from home base, but I’m excited to finally step foot on the show floor this year. I hear nothing but amazing things from my former colleagues and media friendlies who attend the show – I’m so looking forward to seeing them again this year! It seems to be a true-haven to celebrate not just the industry, but also the passionate folks who have built this industry where it is now. I’m looking forward to engrossing myself into the various speaking sessions and see what else the gaming world has in store for us.

Gilberto: Events like GDC are definitely about networking for me and on behalf of my clients. This will be my first industry outing since I’ve joined Hotwire; and my fourth year altogether.  I’m loading up on interesting facts about the gaming community abroad, as I’ve been translating the Hotwire Brand Monitoring Gaming Edition report stemming from our team in España – for example; did you know that the most used gaming hashtags in Spain were #worlds2019, #league10, and #deathstranding in Sept 2019?!

Be Part of the Conversation

Gilberto and Rahat will be on-site throughout GDC. If you’d like to kick off a conversation around the latest gaming trends, how media will be looking to the show to fuel editorial calendars for the next few months, and Hotwire’s experience in the gaming industry, please get in touch!